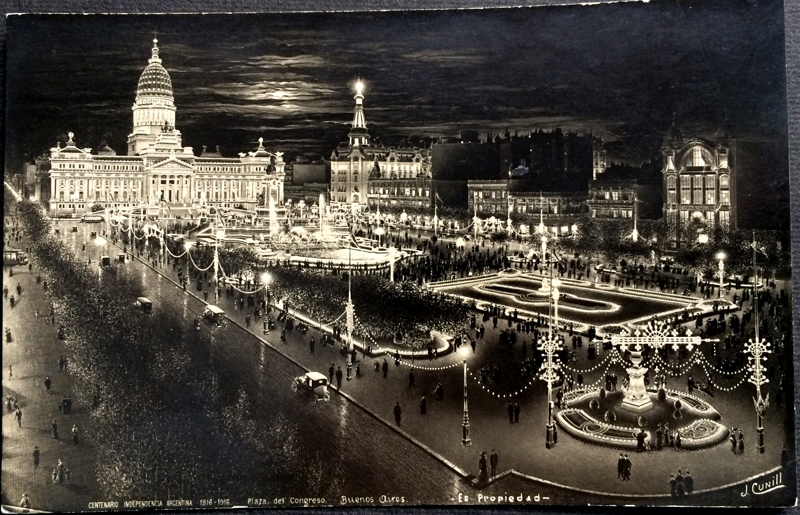 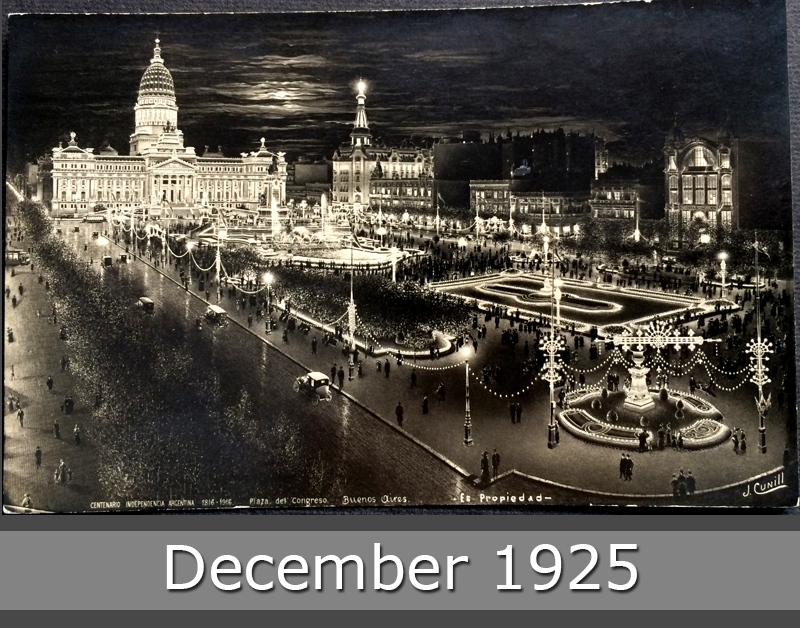 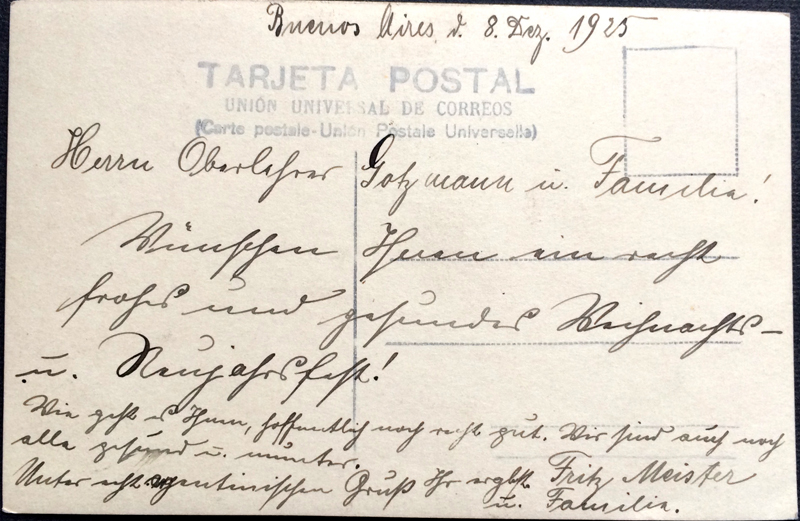 Congressional Plaza or “Plaza del Congreso” is a public park facing the Argentine Congress in Buenos Aires. The plaza is part of a 3 hectare open space comprising three adjoining plazas to the east of the Congress building. The Kilometre Zero for all Argentine National Highways is marked on a milestone at the Plaza.

Colonial-era businessman Pedro Lorea purchased a 2 hectare lot in the Piety Market Hollow west of the growing hamlet of Buenos Aires in 1782. Lorea later donated around a third of this property for a carriage and cart stop. The Lorea matrimony lost their lives during the failed 1807 British invasions of the Río de la Plata and, in 1808, Viceroy Rafael de Sobremonte renamed the carriage lot in their honor.

Plaza Lorea retained this function until 1871, when the swamps west of it were drained for development. A flour mill and wholesale market opened in the surroundings and a water tower was installed in the center of the plaza, which became a landscaped public park. The rapid economic growth of late nineteenth century Buenos Aires and the construction of the new Argentine Congress, begun in 1897, helped touch off improvements on Plaza Lorea before work on Congressional Plaza began. Local sculptor Juan Eugenio Boverie graced the plaza’s new promenade in 1896 with El Perdón. Perhaps the most memorable early contribution was the 1907 purchase of one of the few casts of the iconic The Thinker French sculptor Auguste Rodin made before he destroyed the mold.

On this postcard you can see the Plaza in year 1925 by night.