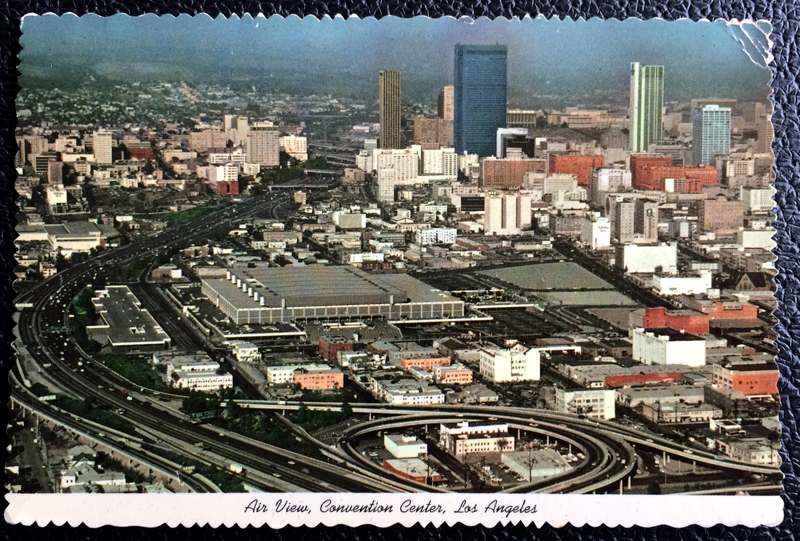 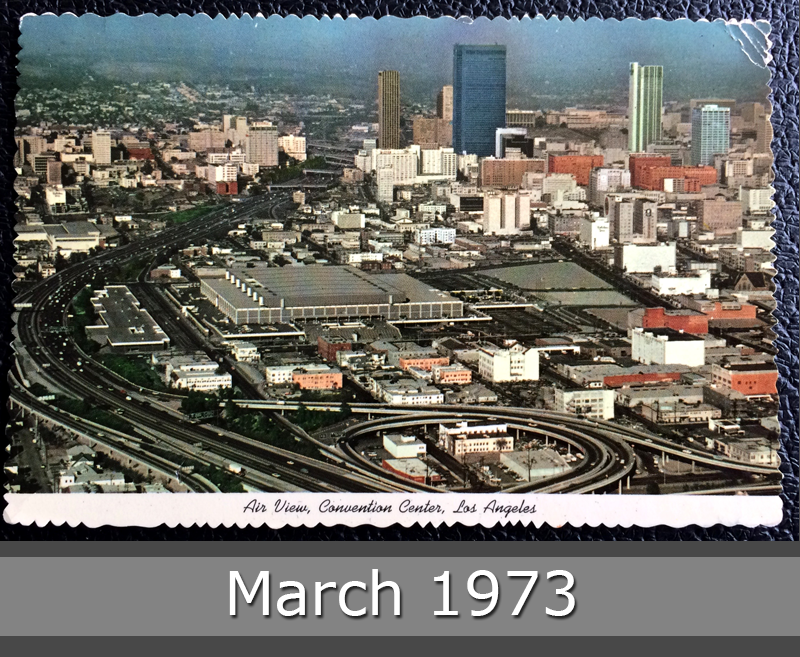 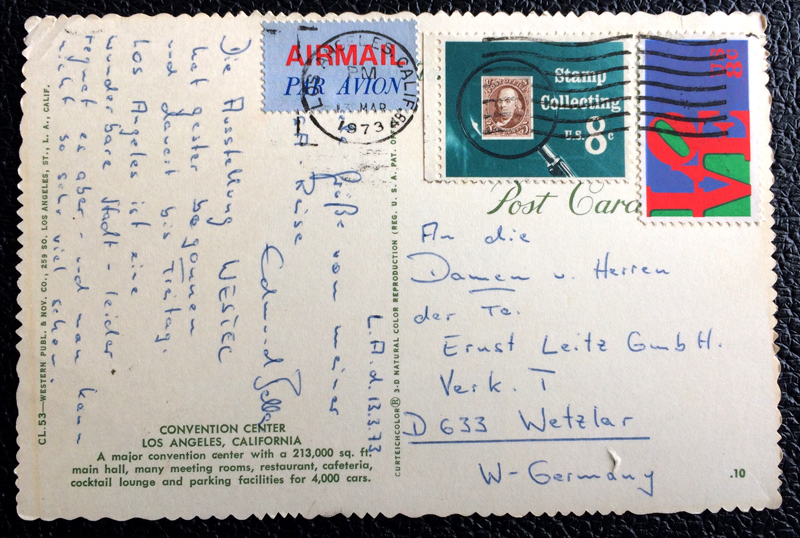 The Los Angeles Convention Center is a convention center in the southwest section of downtown Los Angeles. It hosts multiple annual conventions.

The convention center, designed by architect Charles Luckman, opened in 1971 and expanded in 1981, 1993 and 1997. It was originally built as a rectangular building, between Pico Boulevard and 11th Street (now Chick Hearn Ct.) on Figueroa Street – as you can see on this postcard from the year 1973.

This postcard goes to Wetzlar in Germany.