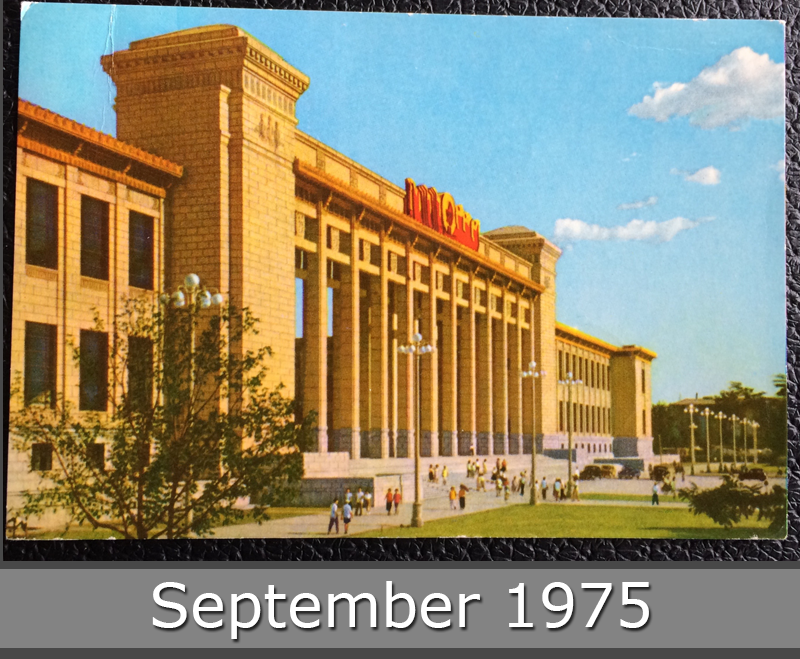 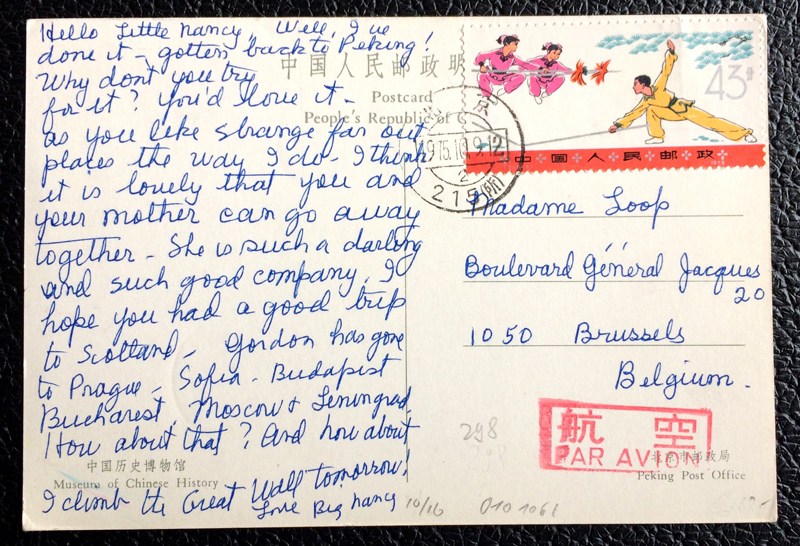 The building was completed in 1959 as one of the Ten Great Buildings celebrating the ten-year anniversary of the founding of the People’s Republic of China. It complements the opposing Great Hall of the People that was built at the same time. The front displays ten square pillars at its center.

On this wonderful postcard going to Brussels, Belgium, you can see the building in year 1975.