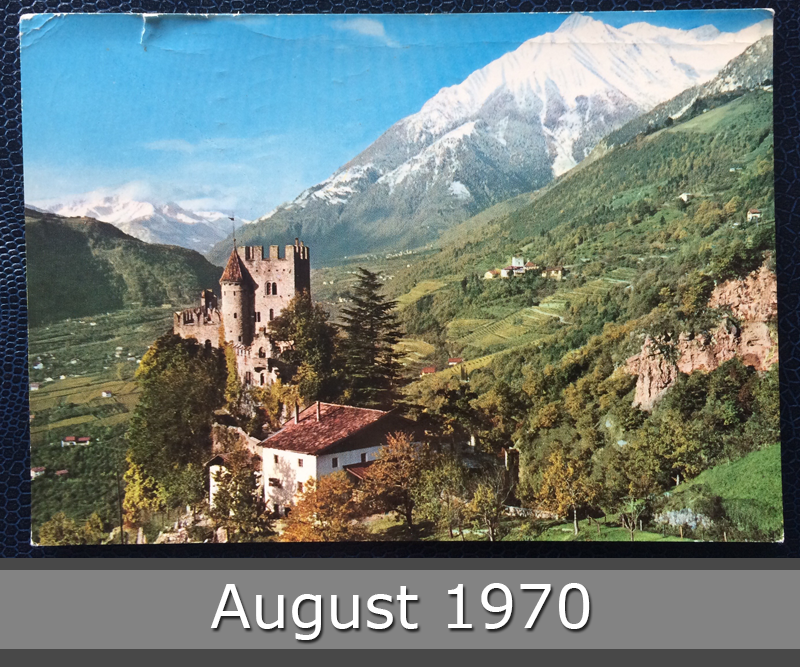 Merano or Meran is a town and comune in South Tyrol, northern Italy. Generally best known for its spa resorts, it is located within a basin, surrounded by mountains standing up to 3,335 metres above sea level, at the entrance to the Passeier Valley and the Vinschgau.

Castle Fontana (Schloss Brunnenburg) is situated above the city of Merano, on the outskirts of the municipality of Tirol. Originally built circa 1250, the castle was completely restored and updated in the mid-20th century by Boris and Mary de Rachewiltz, who have made it their home. Boris de Rachewiltz is an Egyptologist. Surrounding the castle is the family’s vineyard.