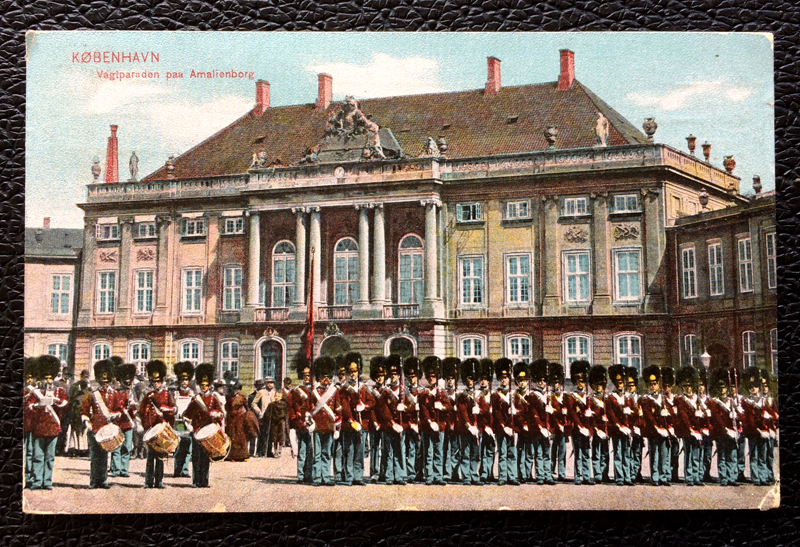 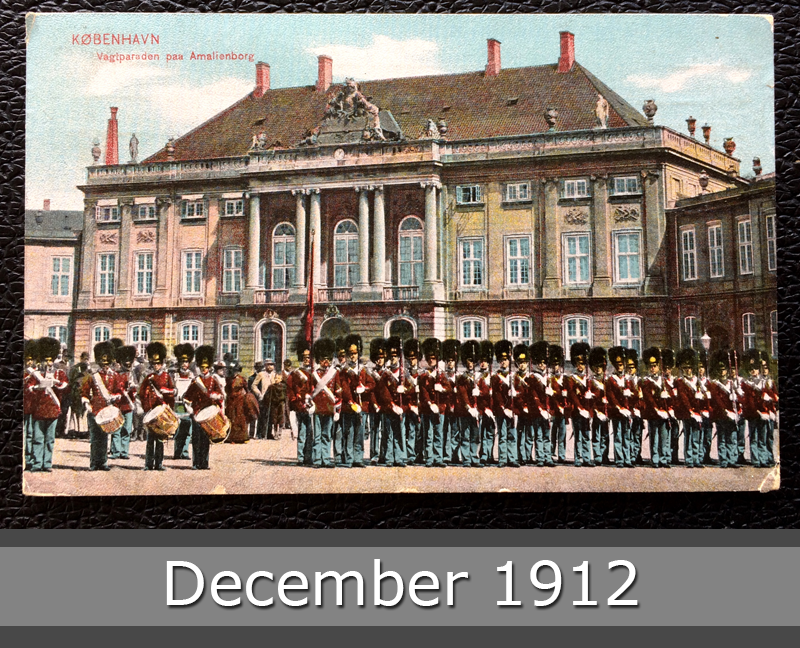 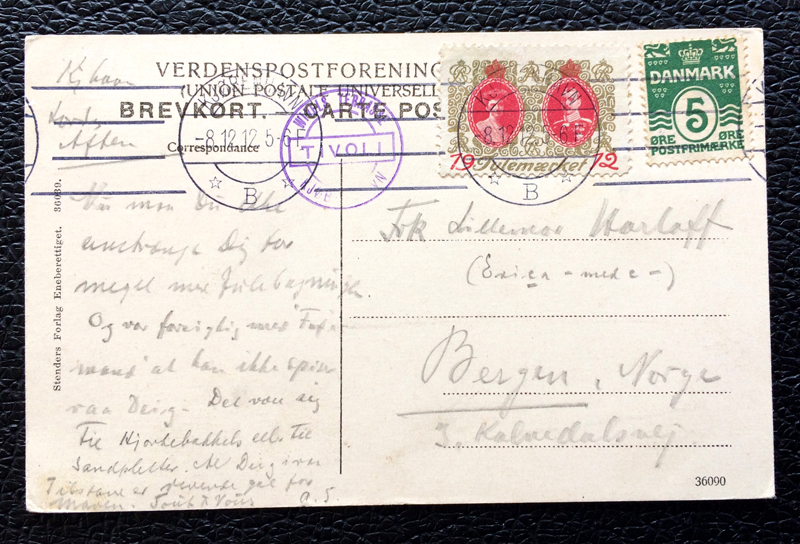 Amalienborg is the home of the Danish royal family, and is located in Copenhagen, Denmark. It consists of four identical classical palace façades with rococo interiors around an octagonal courtyard. In the centre of the square is a monumental equestrian statue of Amalienborg’s founder, King Frederick V.

Amalienborg was originally built for four noble families; however, when Christiansborg Palace burned 1794, the royal family bought the palaces and moved in. Over the years various kings and their families have resided in the four different palaces.

This postcard from December 1912 shows Royal Soldiers in front of Amalienborg. It goes to Bergen in Norway.