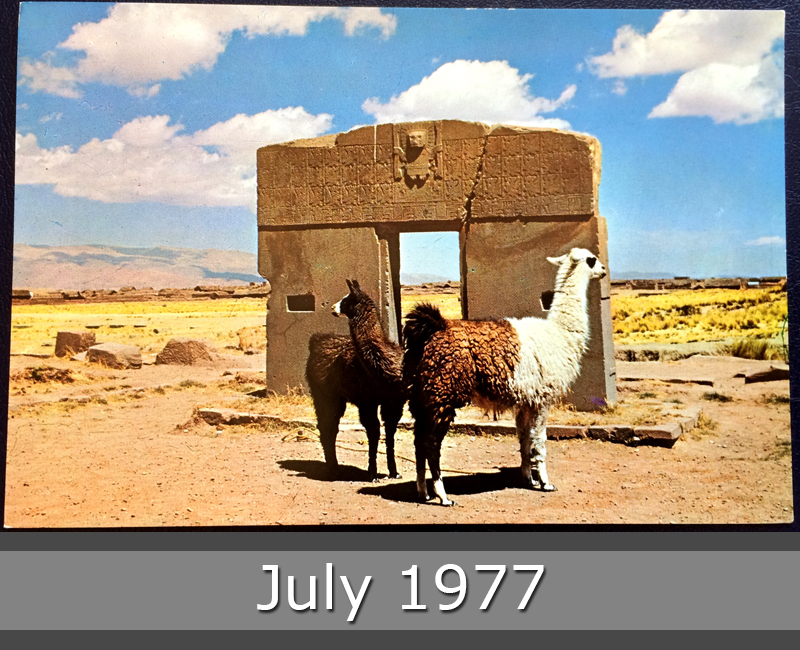 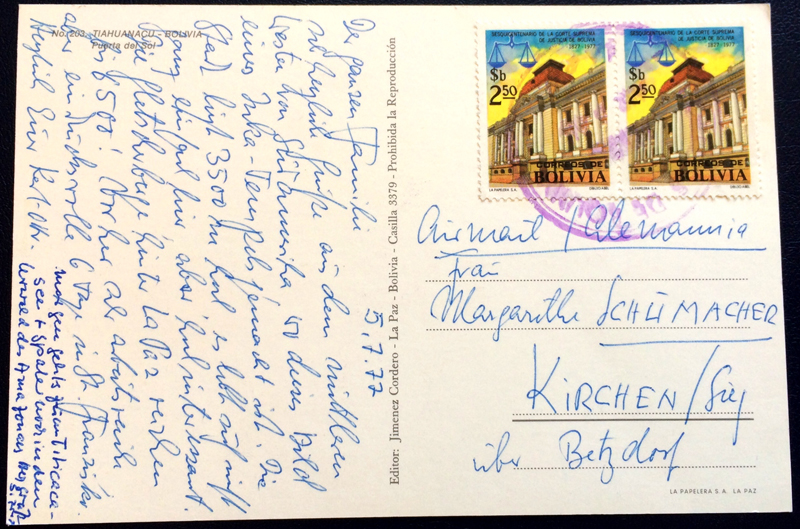 Tiwanaku (Spanish: Tiahuanaco) is a Pre-Columbian archaeological site in western Bolivia near Lake Titicaca and one of the largest sites in South America. Surface remains currently cover around 4 square kilometers and include decorated ceramics, monumental structures, and megalithic blocks. The site was first recorded in written history in 1549 by Spanish conquistador Pedro Cieza de León while searching for the southern Inca capital of Qullasuyu.

On this postcard you can see the “Gate of the sun” in Tiwanaku.  The Gate of the Sun is a megalithic solid stone arch or gateway constructed by the ancient Tiwanaku culture. It is located near Lake Titicaca at about 3.825 m above sea level near La Paz, Bolivia. The object is approximately 3.0 m tall and 4.0 m wide, and is constructed from a single piece of stone. The weight is estimated to be 10 tons. When rediscovered by European explorers in the mid-19th century, the megalith was lying horizontally and had a large crack through it. It presently stands in the location where it was found, although it is believed that this is not its original site, which remains uncertain. (source: Wikipedia)