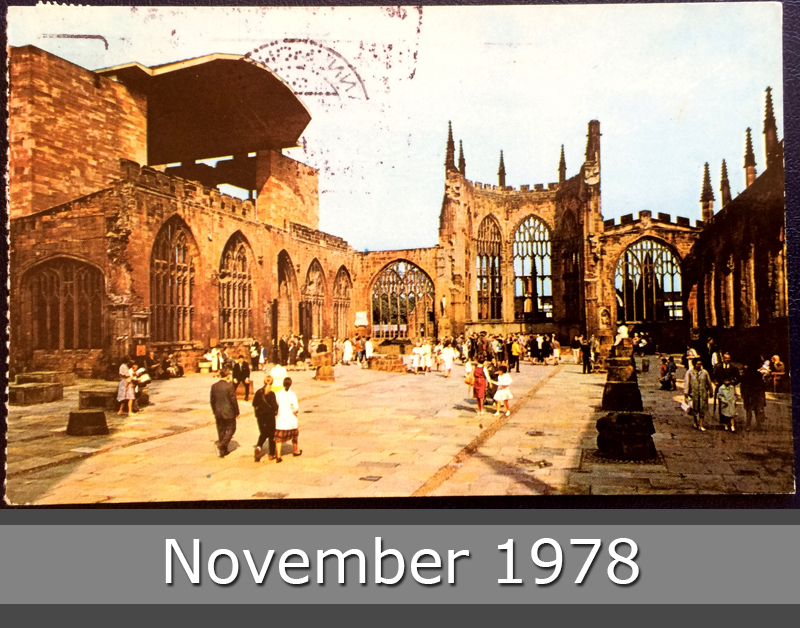 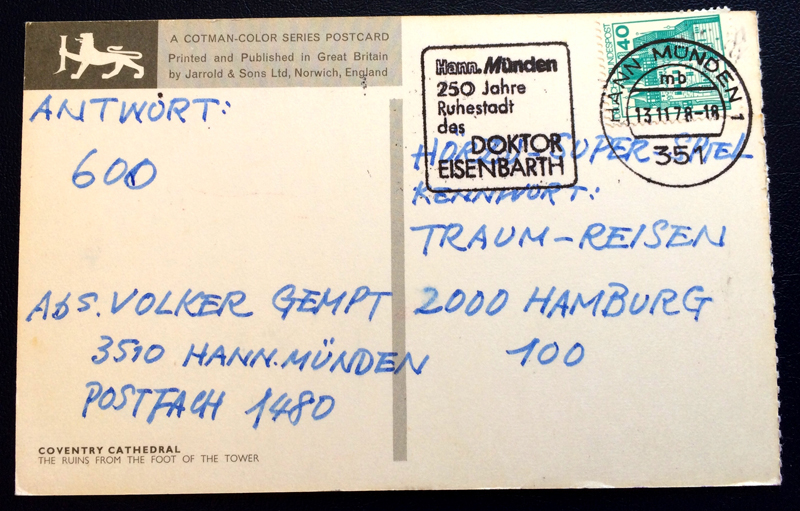 These are the ruins of the Former Cathedral Church of St. Michael in Coventry in year 1978.

After Coventry Cathedral was gutted by incendiary bombs during World War II, a conscious and collective decision was taken to build a new cathedral and to preserve the ruins as a constant reminder of conflict, the need for reconciliation, and the enduring search for peace. First constructed as a chapel for the Earl of Chester’s castle in the twelfth century, the former Cathedral Church of St. Michael was significantly expanded during a time of prosperity in the late fourteenth century and eventually became the largest parish church in England. It was elevated to the status of cathedral in 1918.

Coventry has had three cathedrals. The first was St Mary’s, a monastic building, of which only a few ruins remain. The second was St Michael’s, which remains a ruined shell after its bombing during the Second World War. The third is the new St Michael’s Cathedral, built after the destruction of the former.

This postcard was used in Germany (with a german stamp) and goes from Hann to Hamburg.