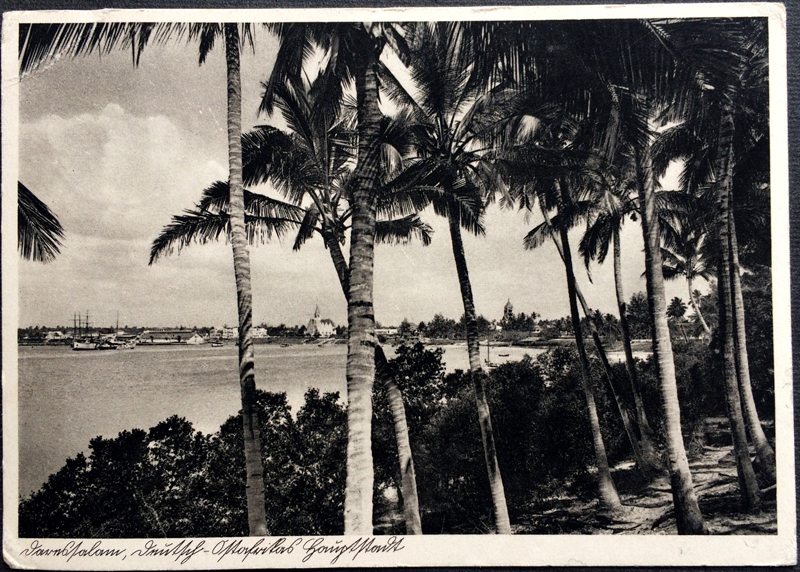 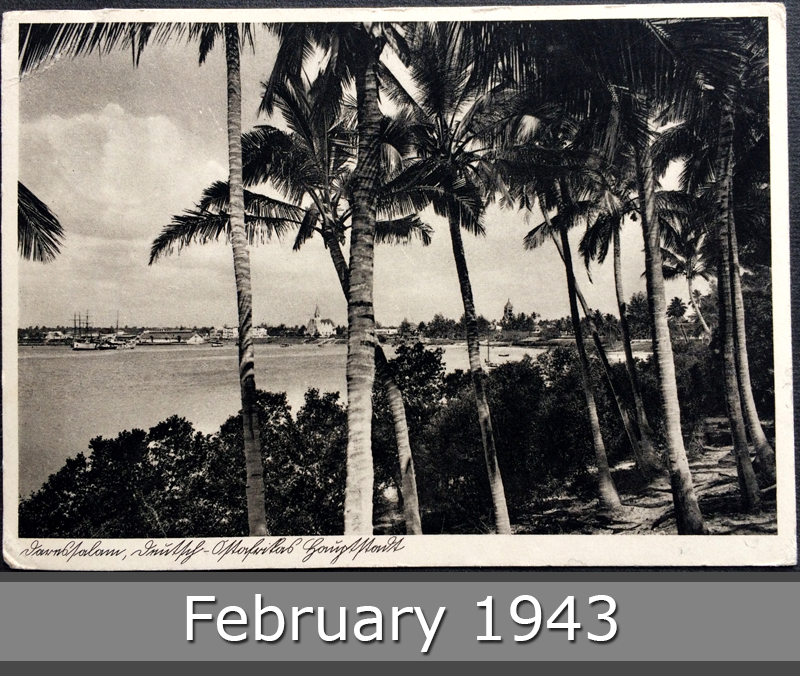 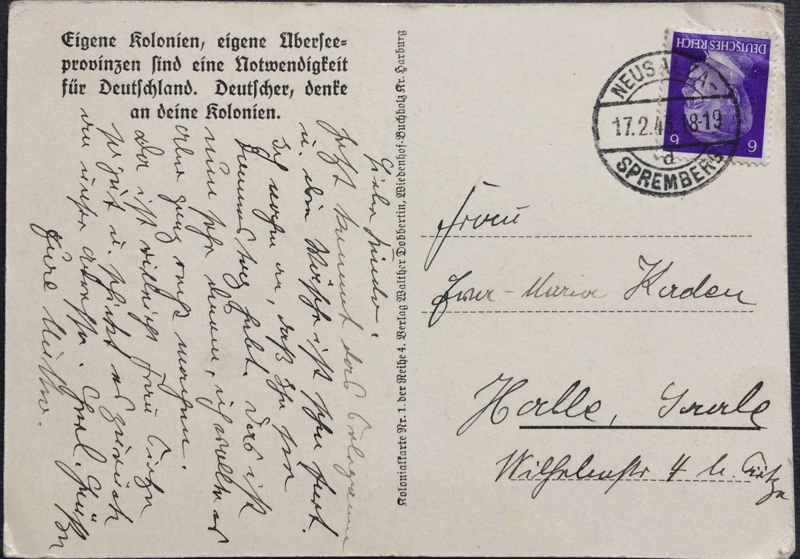 Propaganda was an important means of influencing people by the Nazis in the Third Reich. This also included postcards like this one from 1943. It shows not only a beach in a German colony in Africa, but also the following saying on the back:

“Own colonies, own overseas provinces are a necessity for Germany. German, think of your colonies.”

Usage: in Germany only, with a Hitler-Stamp on it and cancellation in Spremberg.