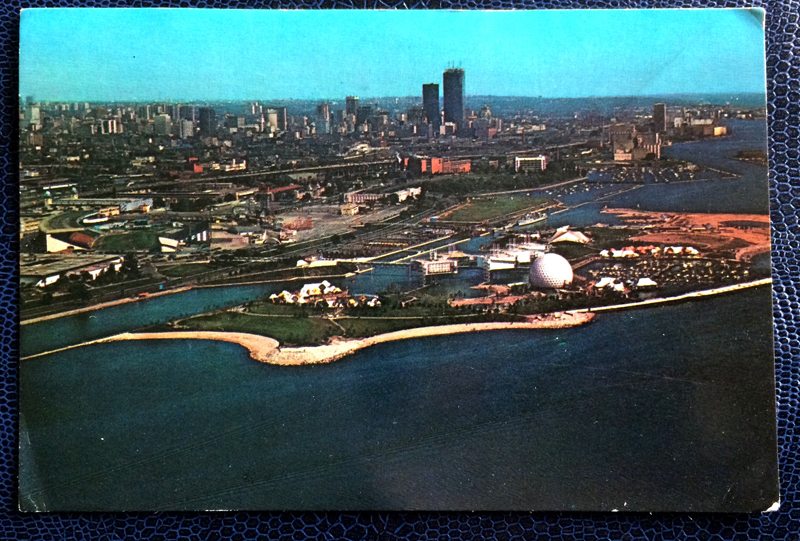 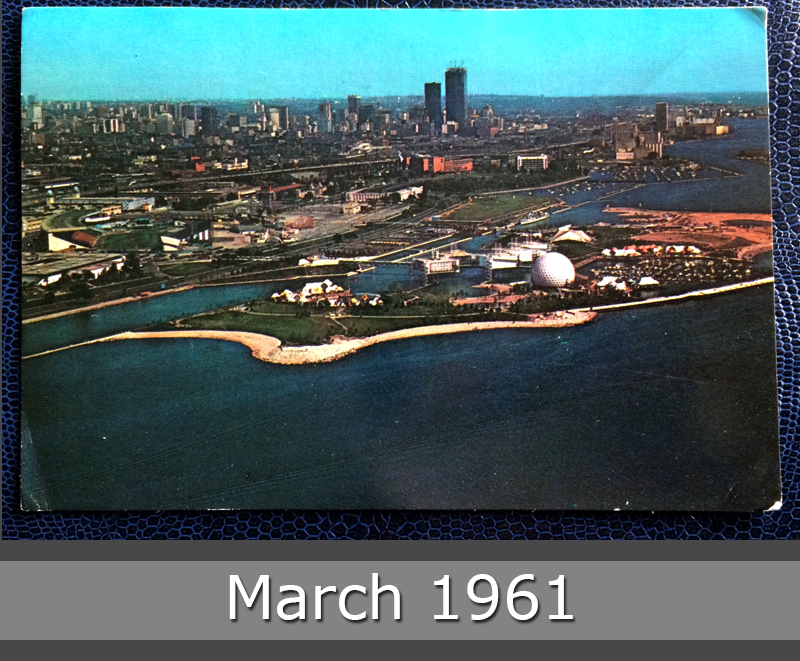 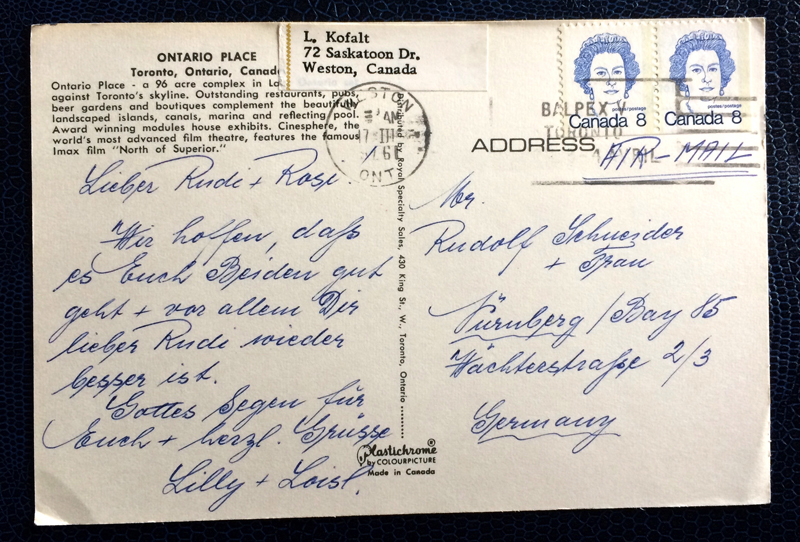 This is Ontario Place, Toronto, in year 1961. This was an entertainment venue, event venue, and park in Toronto, Ontario, Canada. The venue is located on three artificial landscaped islands just off-shore in Lake Ontario, south of Exhibition Place and southwest of Downtown Toronto.

On Wikipedia is written, that it opened on May 22, 1971, and operated as a theme park centred around Ontario themes and family attractions until 2012 when the Government of Ontario announced that it would close for redevelopment. I’m not sure, what it exactly was in year 1961. But on the card is written, that they are restaurants, pubs, boutiques and so on…

You can see the famous Cinesphere on the postcard.