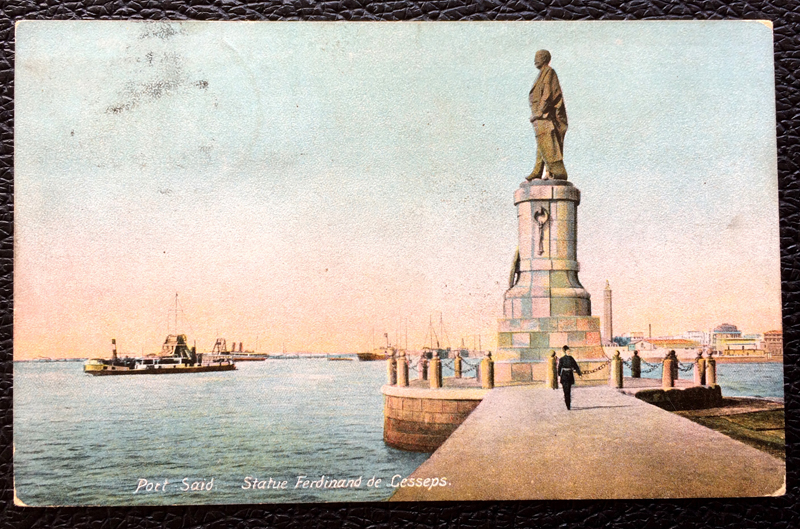 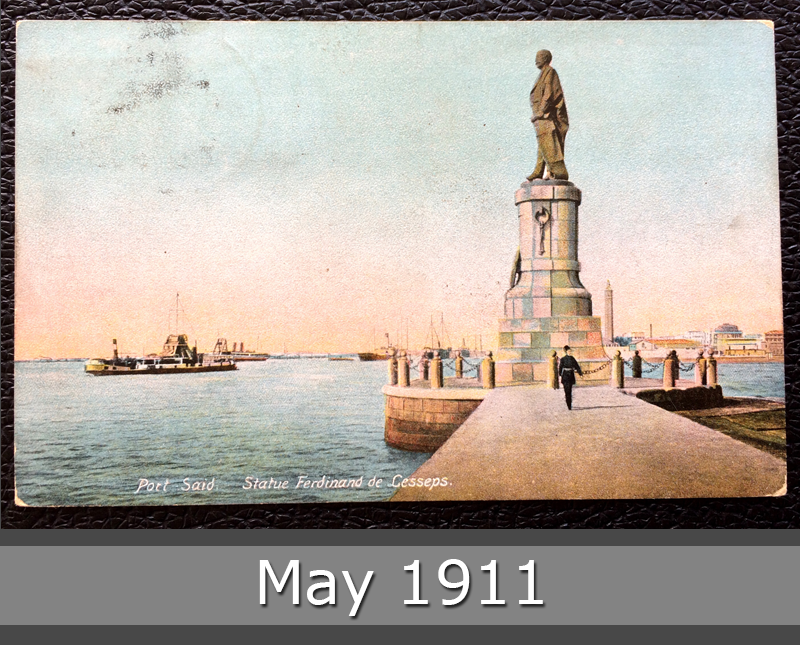 The 33 foot bronze statue of Ferdinand de Lesseps was erected on a concrete base at the entrance of the Suez Canal, in honor of the French diplomat and developer of the canal. The statue’s right hand welcomes visitors entering the Suez Canal at Port Said, and his left hand holds the map of the canal. It was sculpted by Emmanuel Frémiet and was erected on November 17, 1899. In response to the 1956 Suez Crisis, the statue was destroyed by dynamite on December 24, 1956 by Yahia Al Shaer, a member of the Egyptian resistance, under Commander S.. The statue was restored by the Paris-based Association des Amis du Canal de Suez, and is now located in a shipyard in Port Fouad.

This postcard from 1911 was cancelled in Alexandria and went to Berlin-Friedenau, Germany.