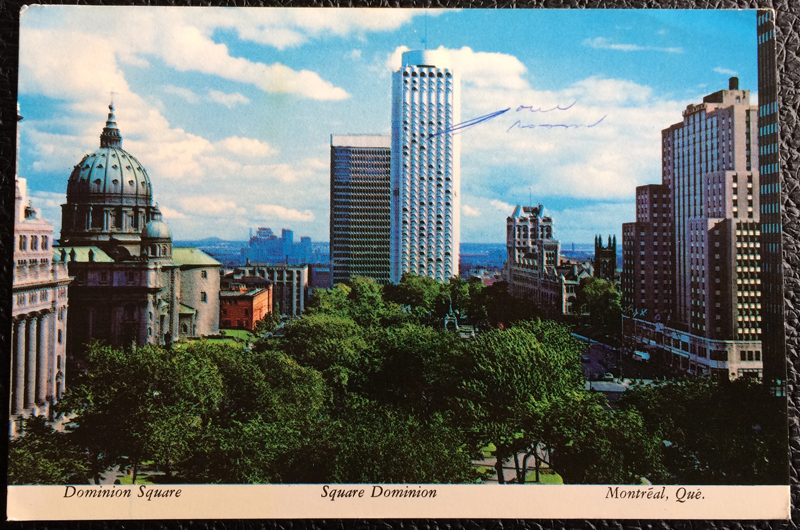 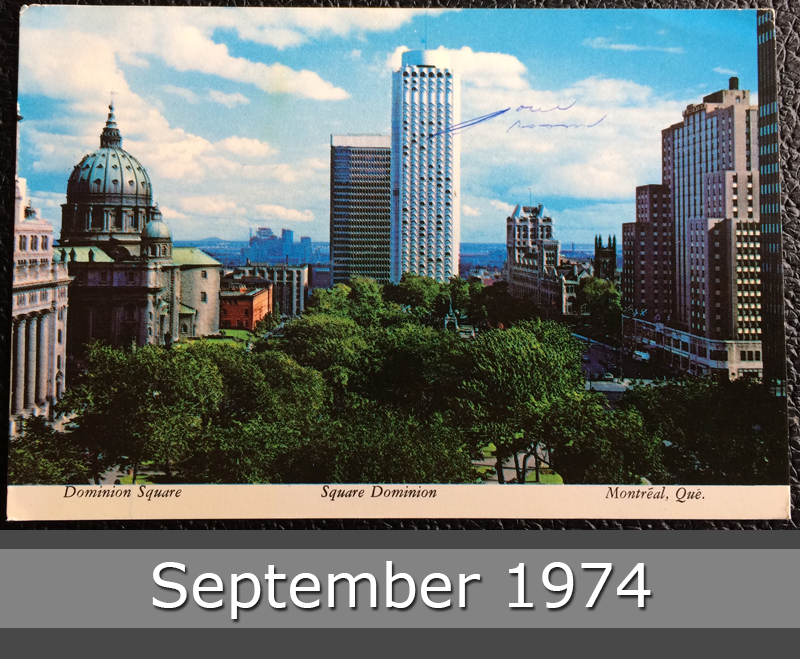 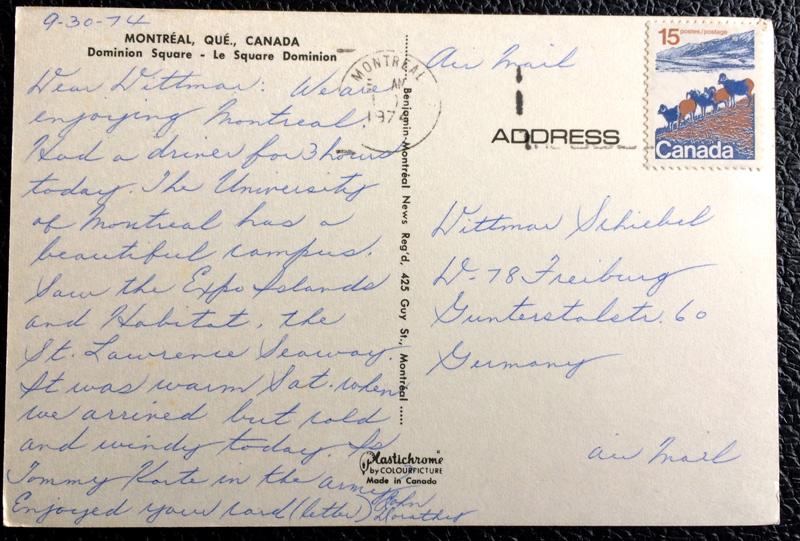 Downtown Montreal is the central business district of Montreal, Quebec, Canada. Located in the borough of Ville-Marie, the district is situated on the southernmost slope of Mount Royal.

The downtown region houses many corporate headquarters as well a large majority of the city’s skyscrapers — which, by law, cannot be greater in height than Mount Royal in order to preserve the aesthetic predominance and intimidation factor of the mountain.

Place Ville-Marie, an I. M. Pei-designed cruciform office tower built in 1962, sits atop an underground shopping mall that forms the nexus of Montreal’s underground city, the world’s largest, with indoor access to over 1,600 shops, restaurants, offices, businesses, museums and universities, as well as metro stations, train stations, bus terminals, and tunnels extending all over downtown. The central axis for downtown is Saint Catherine Street, Canada’s busiest commercial avenue.

On the left of this postcard you can see the Mary, Queen of the World Cathedral, a minor basilica in Montreal, Quebec, Canada, and the seat of the Roman Catholic archdiocese of Montreal. It is the third largest church in Quebec.