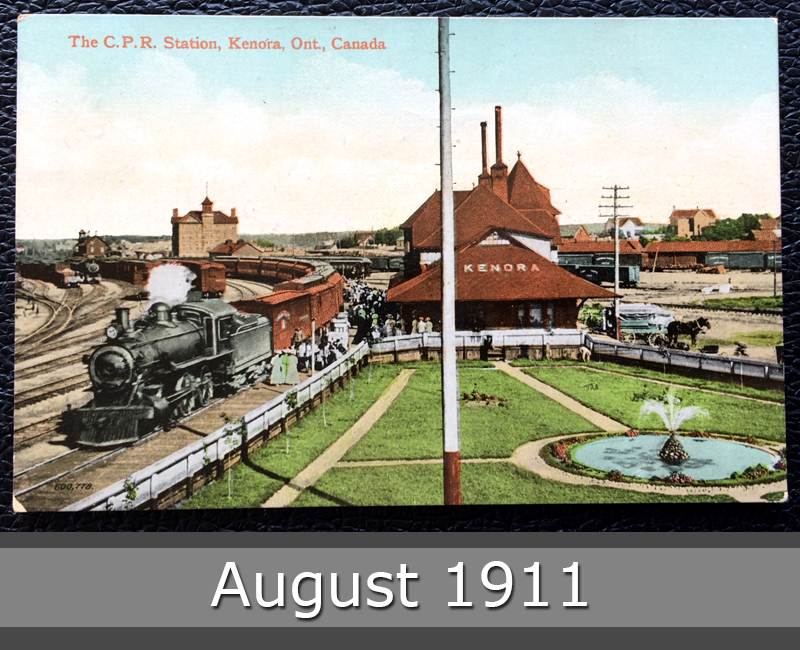 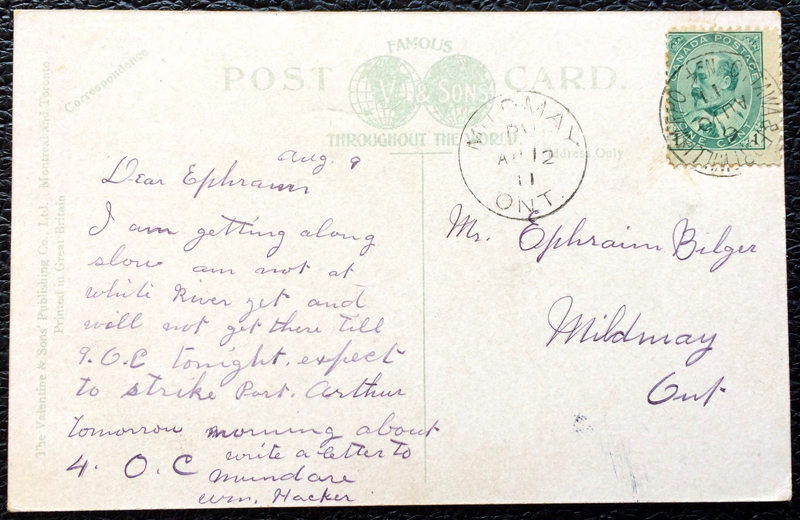 This postcard shows the C.P.R. railway station in Kenora, Ontario, Canada. The one-and-a-half-storey, brick and stone railway station was built in 1899. In the early 20th century, the station featured a triangular-shaped garden and fountain area along the left of the structure.

The garden area was a feature of many Canadian Pacific Railway (CPR) stations of the era, starting in Montreal and going west. The railway felt this help attract settlers to the west.