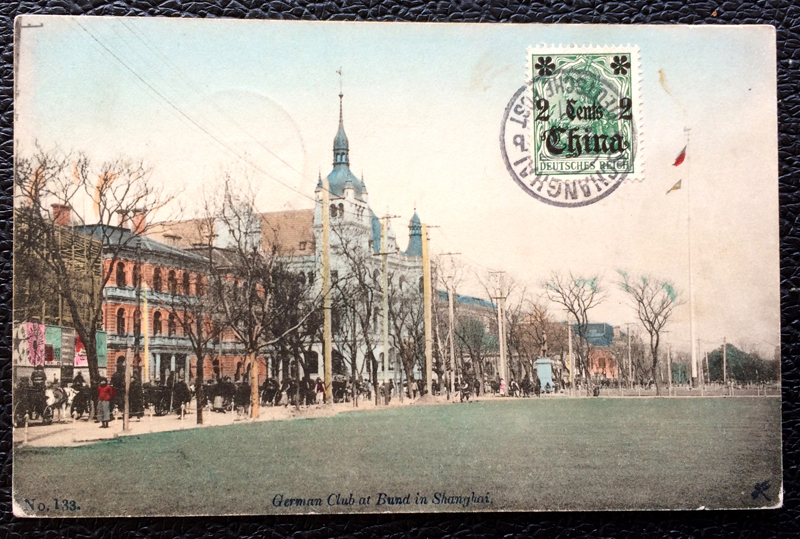 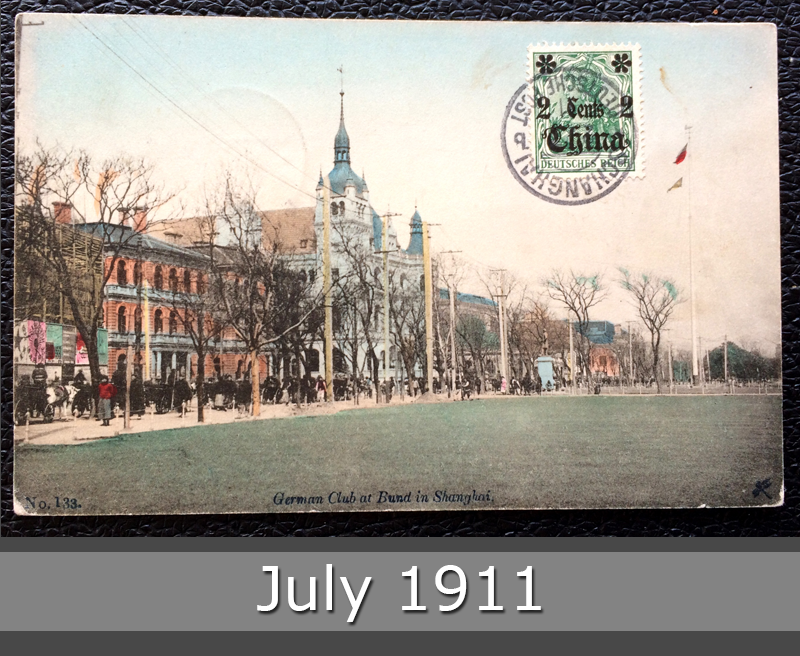 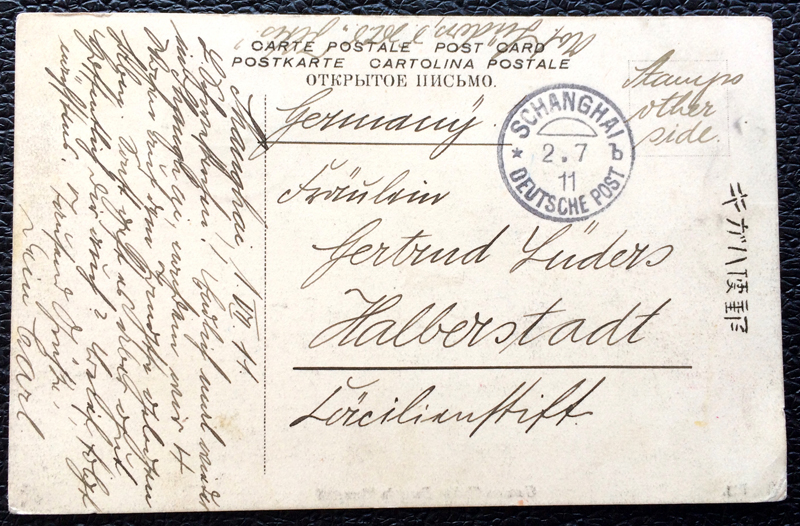 The Bund (or Waitan) is a waterfront area in central Shanghai. The area centers on a section of Zhongshan Road within the former Shanghai International Settlement, which runs along the western bank of the Huangpu River in the eastern part of Huangpu District.

The Shanghai Bund has dozens of historical buildings, lining the Huangpu River, that once housed numerous banks and trading houses from the United Kingdom, France, the United States, Italy, Russia, Germany, Japan, the Netherlands, and Belgium, as well as the consulates of Russia and Britain, a newspaper, the Shanghai Club and the Masonic Club. The Bund lies north of the old, walled city of Shanghai. It was initially a British settlement; later the British and American settlements were combined in the International Settlement. Magnificent commercial buildings in the Beaux Arts style sprang up in the years around the turn of the 20th century as the Bund developed into a major financial center of east Asia.

This postcard from 1911 shows the German Club at the Bund and goes to Halberstadt in Germany.